Why Angela Merkel, the most influential European politician, at the midst of the EU financial crisis decided to visit Moldova - Europe's poorest and otherwise insignificant country? Why bother? 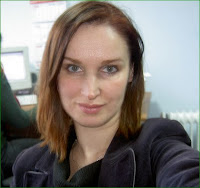 A glance at the map shows that Moldova including its breakaway region Transnistria (self-proclaimed in 1990-s with the Russian Army support) is situated between two problematic for the EU countries: Ukraine with Tymoshenko case and Romania with its 'Basescu case'. Both countries Romania as a member of the EU and Ukraine, proclaiming its European aspirations demonstrate clear potential for sliding into an authoritarianism. In both cases there are indications of Russian involvement in domestic political processes. In the Romanian case Russia was traced as encouraging the Ponta-Antonescu's 'coup' against Basescu. In Ukraine Russian influence is getting stronger, limiting Ukrainian potential for democratisation. Not to mention the economic pressure as an instrument of influence- in both cases gas prices being political are used for control of political and economic situation in the countries.
Read more »

A defiant movement that aims to unify Romania and Moldova is instead opening up old fissures.
by Zakhar Koretsky16 August 2012

CHISINAU | “True patriots of Moldova don't speak Russian,” declared a banner carried aloft by some of the several hundred marchers who descended on Balti in northern Moldova earlier this month to call for unification with Romania.

It was the fourth demonstration organized by unionists this year in Moldova. The first two took place in the spring in Balti and the capital, Chisinau; the third, in late July, was held in Cahul, a southern city with a significant Russian-speaking population.

Activists came to Balti and Cahul from various Romanian cities to support the cause. In Balti many sported the image of Romania’s blue, yellow, and red flag on their cheeks.